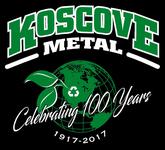 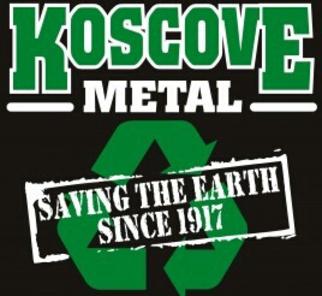 1915- Koscove recycling was founded by recycling glass and used rags.

1920 - 1960- Koscove started recycling  ALL metal products.  We started to push EVERY company towards recycling knowing it was the way of the future.

1960 - late 1970's- Koscove was one of very few companies to be invited to recycle on many military bases in Colorado including NORAD.

Early 2000 - 2012- Koscove branched into cardboard, papers, plastics, commingle, E-waste, and much more.  Through the years, we have helped thousands of businesses with their own green programs.  We started running recycling projects all across the country.  From power plant rebuilds to restricted area power upgrades on military bases, we have handled all the logistics and recycling.

Late 2012- Koscove has been able to recognize, through the many years, the lack of real recycling from most companies.  Not because they do not have the desire, but from the lack of help from recycling yards or their own onsite staff.  Koscove Services was created for that very reason.  WE ARE RECYCLING DRIVEN.  We will help with ALL of your recycling programs.   We will turn your recycling PROBLEM into a recycling PROGRAM.

Koscove Metal has been a family owned and operated business in Colorado Springs since 1917.

The Koscove tradition of recycling began when Issac Koscove started recycling glass in 1917. His sons, Morris Koscove, and Sol Koscove, began recycling metal and selling auto parts in downtown Colorado Springs in the mid 1930s. This tradition has continued in the family as Koscove Metal is a fourth-generation recycling business.